The Art of Felfs – Felted Footwear 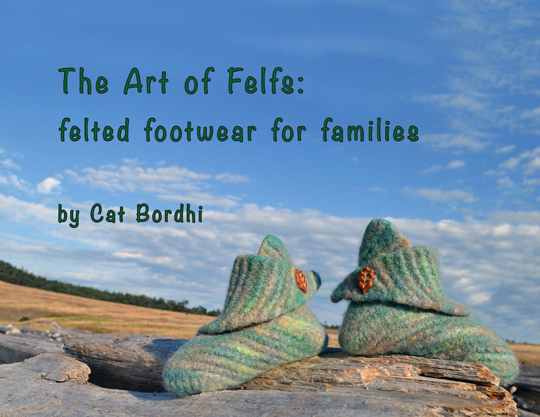 You can purchase this  70-page ebook HERE for $20 or the 14-page First Felfs for Families pattern for $6 HERE.

I am donating 100% of the book’s and pattern’s income (minus Paypal fees) to the research lab of Dr. David Krag at the University of Vermont Medical School because I believe the cancer research he is doing will replace chemotherapy not that far in the future.

As of February 2017, knitter by knitter we have raised over $70,000 through book sales. Every penny, minus Paypal fees, has gone directly to Dr. Krag’s lab. Please consider supporting us so that one day you can be in the huge family of knitters who can tell their friends and family that you helped replace chemo and radiation with a treatment that is more effective and infinitely kinder.

♥   You can also donate directly to David’s lab  HERE  via the SD Ireland Cancer Research Fund, which is a 501C.

Dr. Krag who pioneered sentinel node location, which has been used by over a million women with breast cancer, and is now on the cusp of starting clinical trials for a cancer treatment that is as gentle as chemo is violent, and likelier to result in a complete cure. If knitter by knitter, we pull together to bring in enough funds so that he and his team can move full speed ahead, it will happen years sooner than it might otherwise.

For a more detailed description of David’s work, scroll down to the end of the photos.

I made a VIDEO to tell you a little about David and his research, and to demonstrate how to fold the Felfs (folding instructions start at 1:31 in the video). The folding is only mysterious at first; soon it will become the easiest thing in the world.

Once finished, all styles appear to have been knit in the round, but are actually knit flat in garter stitch in simple shapes which are then folded and sewn before felting. Extending or trimming one underlying shape transforms the basic Felf into thigh-high boots,

The ebook is a PDF, so you can store it on any and all devices you own, from smartphone to laptop to tablet, and can easily print out a few pages or have the book printed and bound for you at a copy shop.

A brief history of Dr. Krag’s contributions to health

Methods developed by Dr. Krag are now being used to help treat cancer patients around the world. In 1993 he developed the radio-tracer technique for sentinel node surgery.  This allows the surgeon to very accurately remove the one or two lymph nodes most likely to receive cancer cells and to more accurately identify cancer-containing lymph nodes early enough, sparing the majority of patients more extensive surgery and speeding recovery time.  Today the majority of breast cancer patients in the United States are treated with this technique and it has become the preferred method for treating breast cancer patients worldwide.

Dr. Krag led the world’s largest-ever surgical trial in breast cancer, involving 5,600 women, and treatment centers and surgeons across North America. It is through this scientific leadership that changes are made to improve the care of cancer patients. In 1998, Dr. Krag invented and developed a wireless implantable beacon the size of a grain of rice.  This small, safe, implantable beacon reveals a cancer’s precise position. One application among many is in the treatment of prostate cancer, enabling the radiation therapist to pinpoint exactly where to aim the beam and allowing the treatment to move in tandem with the human body and stay on target.

Dr. Krag’s lab is located at the University of Vermont College of Medicine, where he has attracted an outstanding team of seasoned and dedicated researchers focused on developing cures for cancer using the body’s own immune system. When cancer begins to form, the immune system senses that the new growth is abnormal, activating the body’s natural defenses. Special cells called B cells make antibodies that are released into the bloodstream and bind to the cancer, signaling to the rest of the immune system to attack this target.

The problem with these self-made antibodies is that the cancer is just “normal” enough for the immune system to back off, suppressing the part of the immune system that would otherwise kill the cancer.  This safety mechanism prevents the immune system from going wild and attacking normal, healthy cells. Dr. Krag’s team has developed a technique that takes advantage of an individual patient’s immune system to get around this roadblock. The body’s immune reaction to a cancer vaccine occurs in the lymph node that receives drainage from the vaccine. In this lymph node are the important B cells that learn to make antibodies to the cancer vaccine. By obtaining the B cells from this lymph node, the Krag team anticipates being able to grow a patient’s own anticancer antibodies in the lab. The patient’s own antibodies can then be produced at high levels and given back to the patient. This will make high concentrations of the patient’s own anti-cancer antibodies. This has never before been done and should overcome the limitations of cancer-induced immune suppression. Through these methods, Dr. Krag hopes to rapidly boost a patient’s immune response to their own cancer so that these gifted antibodies, produced by their own immune system, will effectively eliminate the cancer cells.

From Dr. Krag and his team:

We are very pleased that as of July 2013, after a long series of lab-based experiments, this antibody research is now ready for evaluation in patients.  The first tests will help us perfect the technique of choosing anti-cancer antibodies in individual patients before we move on to using these antibodies as treatment. The first patients will have a vaccine of inactive cells made from their own tumor injected into the skin. We will then use a harmless radioactive tracer to locate the vaccine-draining lymph node which we will remove through a small biopsy.  Then we will test all of the hundreds to thousands of different antibodies present in the lymph node to locate those that specifically attack the patient’s cancer cells.

After determining the number and quality of antibodies produced by the body in response to the cancer vaccine, the next step is to produce sufficient quantities of the chosen anti-cancer antibodies for autotransfusion back to the same patient.  Anyone who has seen a loved one go through chemotherapy or experienced it themselves will appreciate the enormity of what this could mean.  Instead of killing any rapidly-dividing cell as chemotherapy does, using the body’s own anti-cancer antibodies would affect only the cancer cells.  And because the treatment will involve antibodies originating in the patient’s own body, the body’s response to it should be smooth and easy.

We are so grateful to the many donors who have made it possible for us to get to this point.  We particularly need funds over the next 6 to 9 months to accomplish this first set of experiments with patients. The faster we can move through this phase, the quicker we can move to treating patients! We thank all of you who are sending funds (and goodwill!) our way through the S.D. Ireland Cancer Research Fund. 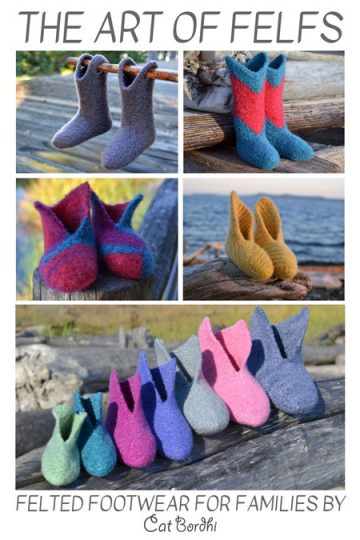 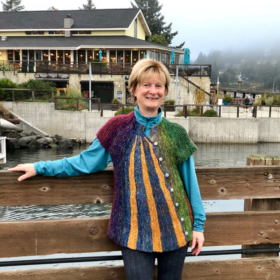 The Wherewithall Vest buy the pattern This cozy vest can be knit with any weight yarn in any gauge suitable to that yarn. The super-friendly pattern 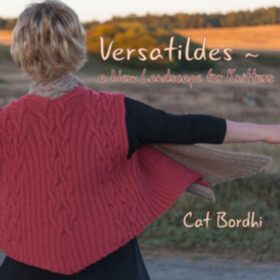 Versatildes ~ a New Landscape for Knitters

buy the ebook One of the great joys of authoring an ebook is that I can add more designs as a free surprise, and I just did: 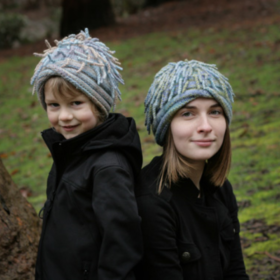 buy the pattern I have worn my own collection of these anemone hats for years and have grown used to being greeted by curious, suddenly