Hands are miraculous and curious creatures 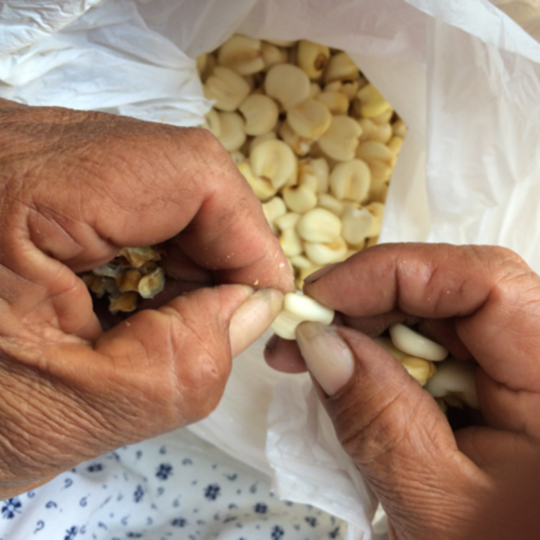 The beautiful 80-year-old Peruvian hands you see above are preparing maiz for the next day’s tamales. My brother Pecos and I visit with this woman and savor her pillowy warm tamales each morning when we are in Cuzco with our groups of knitters. I am certain that she, like most women she knows, has also spun many miles of fine, even yarn on a wooden spindle, and that she began to learn to spin almost before she could walk. Hands that can make and do things are revered in indigenous communities, as if they are made of living gold.

Spinzilla is a world-wide spinning marathon that raises money for the NeedleArts Mentoring Program to help create the spinners of tomorrow. I am an accomplished knitter but a very amateur spinner, something my Spinzilla friends may not have realized when they asked me to start off their blog tour (I’ve now let the cat out of the bag, so to speak). And so I nearly declined their invitation until I considered how much better off the world would be if everyone got to try this most sublime of all fiber activities. And since it takes only seconds to stun a stranger with the magic of what happens to slippery fragile fibers when a little twist is added, this seems a reasonable goal.

I believe one need know nothing whatsoever about spinning to spin. When I lead island knitting retreats near my home on San Juan Island in Washington, I like to open our first morning by placing a drift of fiber in each person’s hands. “Play with it,” I tell them, “without thinking.” A few will tell me quite emphatically that they have no intention of learning to spin. I love how their hands instantly disagree! Hands are infinitely curious and quickly discover that parallel fibers slide while twisted fibers catch hold, igniting a kinesthetic awe that illuminates our week as I spin our community into being.

Before long I collect the delicious thing in their hands. They protest and some try to hide their new treasure. Leaving them hungry for more is the slippery slope I desire. Later I offer more fiber, along with a supply of dowels and toy wheels to make spindles. As the week progresses I like to demonstrate what I call ball-spinning, which leaves people slack-jawed, laughing, and entranced, as you can see in the photo below and in this video. By the time my knitters leave, they have a love for spinning even if they never take it farther, although several have become skilled and passionate spinners. 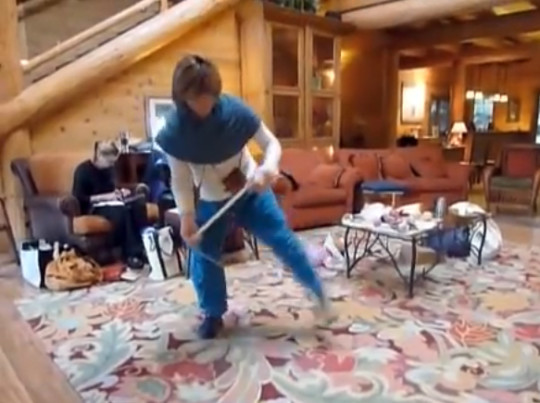 Hands are a miracle, aren’t they? This last spring, the first morning of a retreat, I awoke with an idea for learning names, which slide like unspun fiber until they catch and stick. I asked everyone to spell their first name aloud while slowly writing it in large cursive letters in the air, which everyone watched while making the same movements. By the time we’d made it around the circle, many people could repeat all twenty-four names. For several days, knitters spontaneously wrote each other’s names in the air until the twist and flow of the cursive movements had caught the fiber of each name and secured it.

I’ve been blessed by spinning masters who crossed paths with me at just the right time. Thirty years ago Celia Quinn taught me to use a wheel. I’ve since bought and sold four seductive wheels, until I finally accepted that my real love is hand spindles, for their portability, simplicity, and versatility. 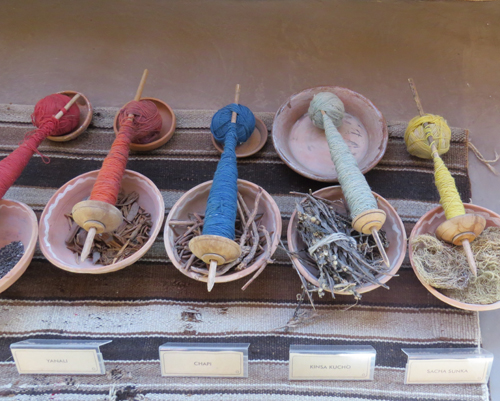 My dream is to read the vibration of twisted fiber like a cello virtuoso as it sings near-perfect yarn into being without me having any say in the matter. The first person I ever saw do this was Abby Franquemont (although I think she has a lot of say in the matter) while we were both teaching at one of Morgaine Wilder’s Golden Gate Fiber Institute gatherings. I learn by osmosis, so even though I have never been able to take a class with Abby, something soaked in.

Abby, as you may know, is a U.S.-born magician who grew up in Chinchero, Peru, and now lives in Ohio. During shared meals I salivated over both the food and the tales Abby told about what was happening in her class. The first day she loaded her students in a time machine and zoomed back thousands of years, then dumped them out with some fresh-off-the-sheep wool and ordered them to make yarn. She refused to tell them how, so they had to invent it—which I think of as the ultimate teaching. The second day they got to try using rocks, and then sticks. By the fourth evening, when each class showed off to all, Abby’s students could make yarn using anything they could pick up, and some could even do crude imitations of the Andean plying that Abby mastered as a child, a sleight of hands with snapping fingers and flinging and retrieving that makes Cirque de Soleil seem lethargic. I am smitten forever.

At the same event I roomed with Judith McKenzie, another spinning magician who was also teaching. One evening in the larger group, she and I were sitting side by side spinning on little Jensen Turkish Spindles that Morgaine had given us. Judith was making perfect thread and I was bumping along. Morgaine suddenly called Judith away to do something, and as if it were the most ordinary thing in the world for Rembrandt to hand his brush and palette to a passerby, Judith handed me her spindle and fiber, and asked me to continue for her. There was no time to protest before she vanished. Impossibly, something Judith-like occupied me, as if she had also handed me her body, or nearly so. For the ten minutes that she was gone, I was spinning far beyond my ability, as if Judith also had a time machine and had fast-forwarded me to a lifetime where I was a fully fluent spinner. When she returned she smiled and told me, “Your thread looks like mine.” It scarcely matters if  I am ever able to do that again, for I now know it is possible and what it feels like.

In 2003, Luisa Gelenter, who passed on several years ago and operated the legendary LaLana Wool in Taos, New Mexico, was part of a small gathering of fiber artists at my home. One afternoon she and I sat on a cedar log on the beach spinning, and she told me how she had learned in Peru as a young woman, sitting for days and days beside elderly women and imitating them. “It’s breathing,” Luisa said, “you breathe into the fiber to allow twist to enter.” As the tide came in and the Salish Sea lapped closer and closer to our feet, I watched Luisa rocking to and fro in this ancient slow dance, and witnessed what she had told me. 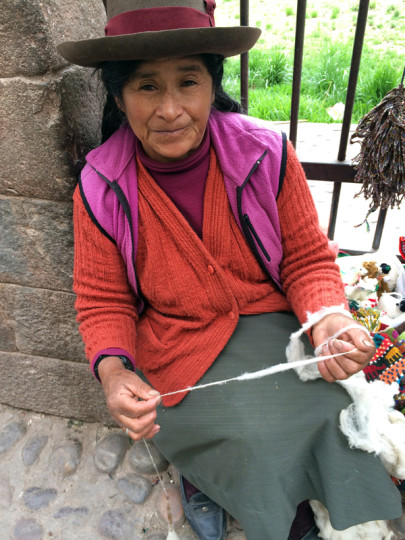 The final epiphany has happened countless times, for I have had the great good fortune of traveling regularly to Peru. My brother Pecos lived and worked in Peru, and he and I lead groups of knitters to this beautiful country where his deep friendships with innkeepers and indigenous artisans allow us to bring our travelers into intimate spaces. To watch a Peruvian street vendor making perfect thread with an unbalanced spindle and unprepped fiber while sitting on the ground is unfathomable and astonishing and inspiring. These magic wands wobble over the cobbled ground beside their magicians, who tug and yank messy blobs of fiber into perfectly even thread. It takes my breath away every time, and I can hear Luisa chuckling softly and whispering: “It’s just breathing.”

I am eternally grateful for these gifts of shared mastery. May we all continue to share the miracle of twisted fiber, whether we know what we are doing or not.